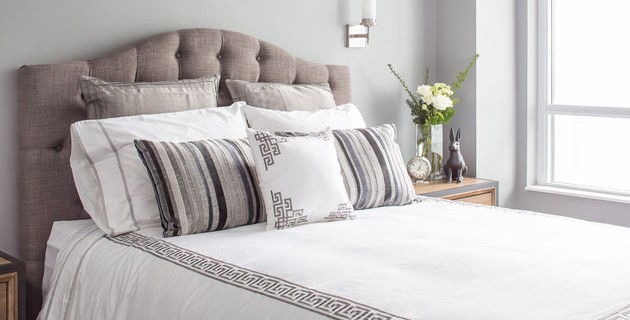 Finding the right prints and patterns for the home can be overwhelming! With a plethora of options out there, making a decision can quickly go from looking at beautiful textiles to feelings of uncertainty (I mean, no one wants to make the wrong decision!).

I can’t say which prints and patterns are best for your home, but I can help try and narrow down the choices! These 7 prints have stood the test of time, making their way into chic interiors around the globe hundreds of years - and some, even centuries!

Here are my top 7 tried-and-true prints to use in your home! 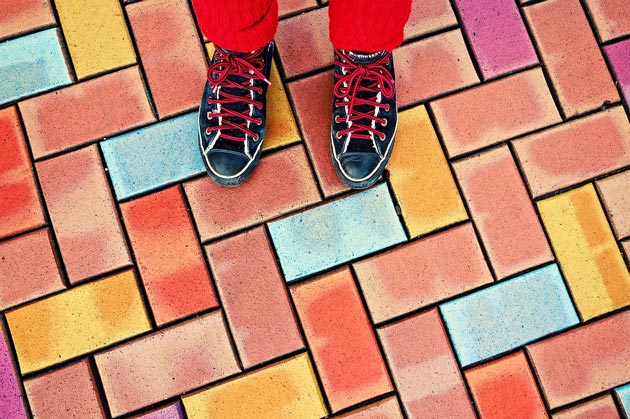 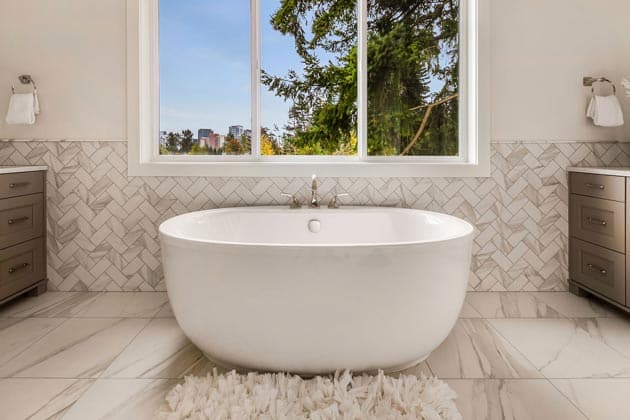 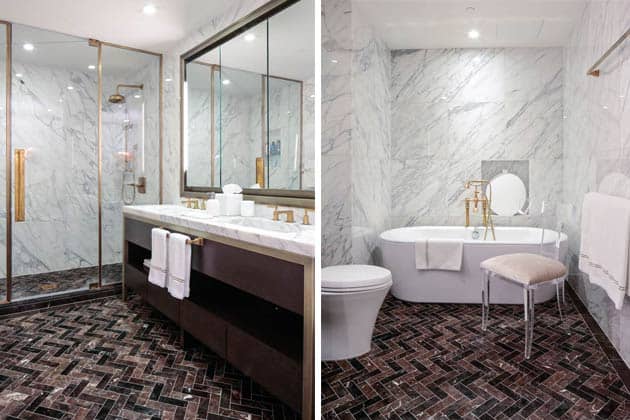 Named after its resemblance to herring fish bones, Herringbone consists of a series of rectangles that form a “broken” V-shapes. Widely used in fabrics, flooring, and walls, Herringbone adds a timeless accent pattern, which can take on a dramatic or understated feel all the while adding immense texture to a space. 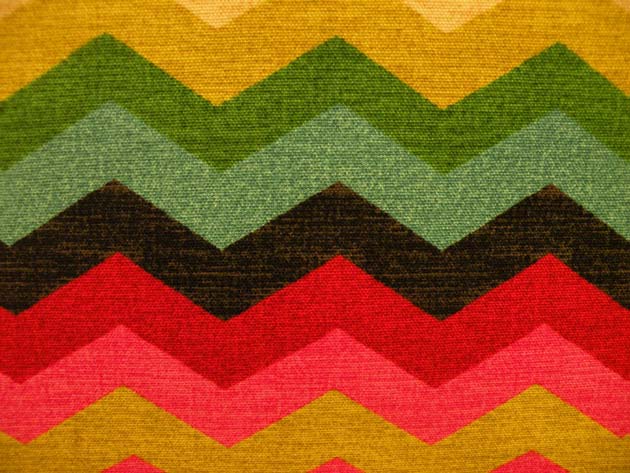 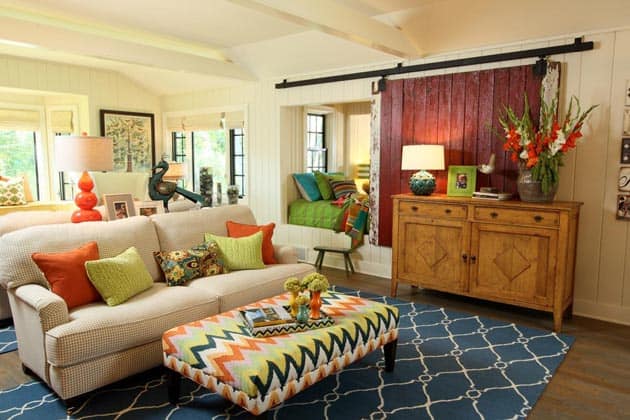 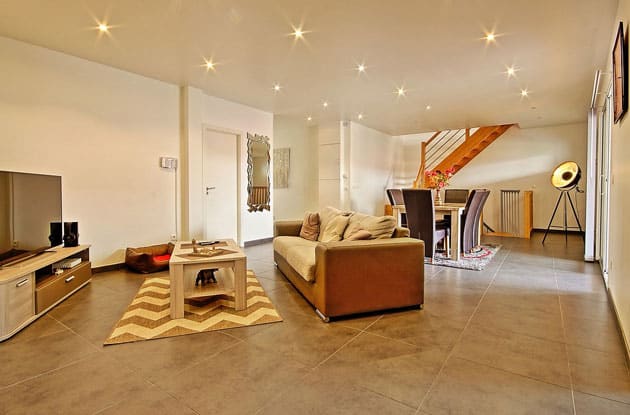 While similar to Herringbone, Chevron is a continuous zig-zag (rather than “broken” at the reversal). Chevron has been dated back to 1800 BC, where this pattern was discovered on ancient Greek pottery. Nowadays this simple yet dynamic print can be found on all sorts of textiles, including area rugs, throw pillows, wall decor - and even flooring. The simplicity of the pattern creates an eye-catching accent while not taking away from the rest of an interior’s design. 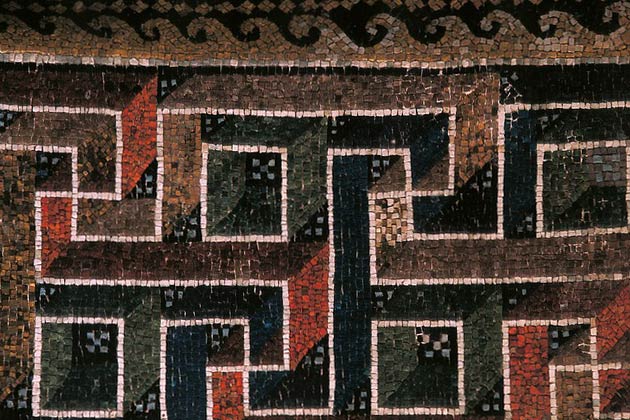 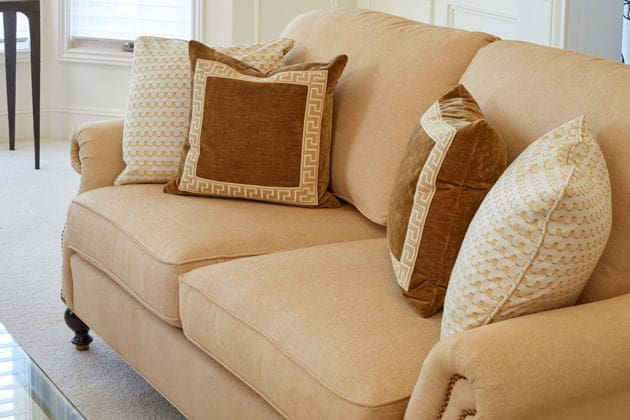 Greek key motifs are most often used as a border print. It’s comprised of a single-line drawn print, mostly with straight lines and sharp angles. Some say Greek key prints reflect the twisting and turning path of the Maeander River of Southwest Turkey. Previously popular in ancient architecture and pottery, the Greek key can now be found on about any textile and fabric border. This pattern holds a strong presence but merges nicely with all design styles and color palettes. 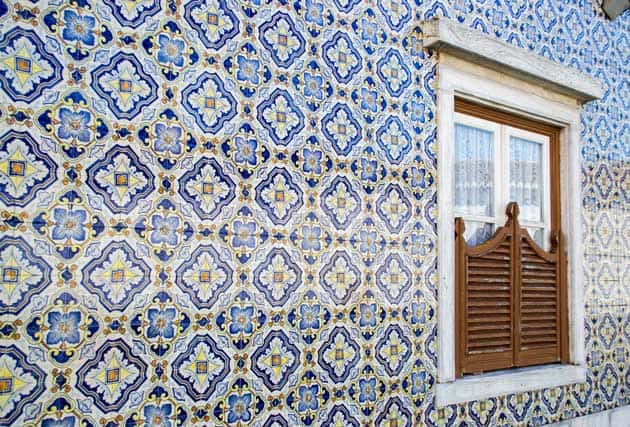 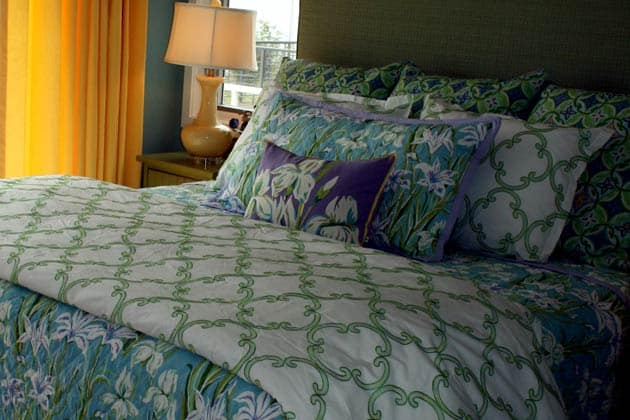 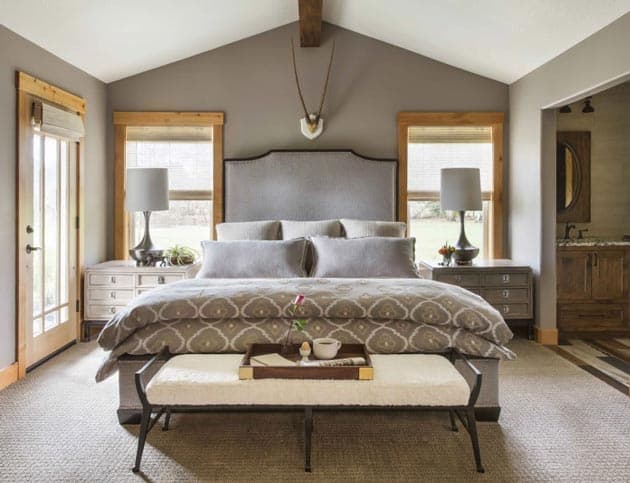 Consisting of a symmetrical pattern with four “leaves” (similar to the four leaf clover), Quatrefoil is a classic print mostly found on fabrics, tiling, and wall decor. Although popular during the Gothic and Renaissance periods, Quatrefoil can actually be traced back to Mayan monuments in 850 BC. The quatrefoil print boasts soft curves, harmonious shapes, and a transitional style, making it one of the most versatile prints for an interior, today. 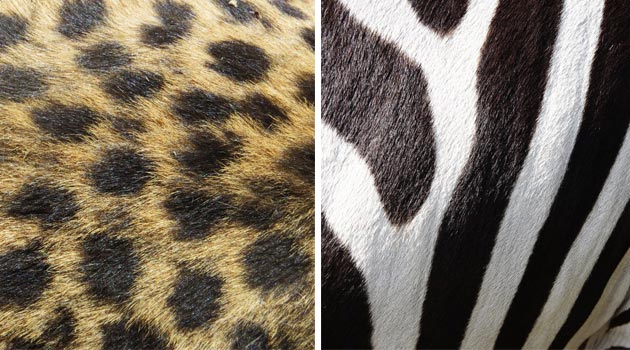 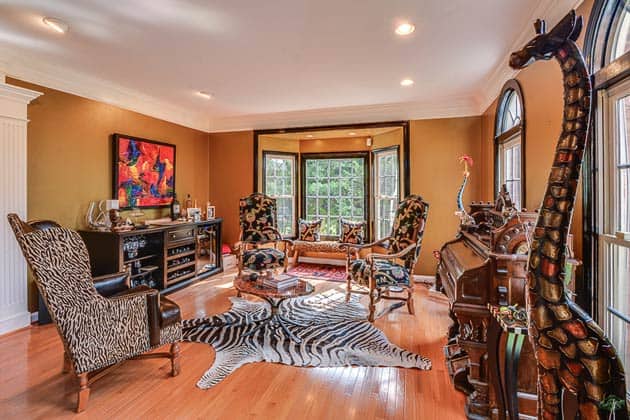 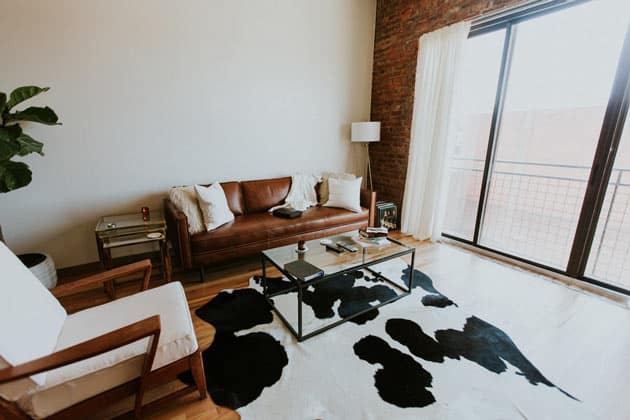 Animal print is pretty explanatory -- these prints are a result of either real or faux fur and hide. A classic staple in both interior design and fashion, animal print was once a symbol of wealth and class. Though, with the much-preferred fake fur and hide, this print is now a beloved accent piece affordable to those of all budgets! Animal print often adds a warm and natural touch to a space, but can also add a great amount of pizzaz. As it’s a nature-inspired pattern, one can layer varying animal prints together or make one print the focal point of the room. 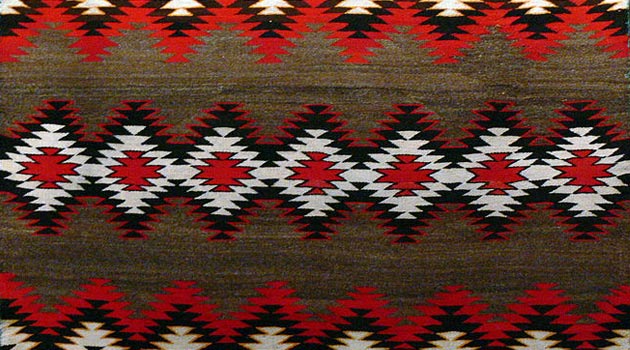 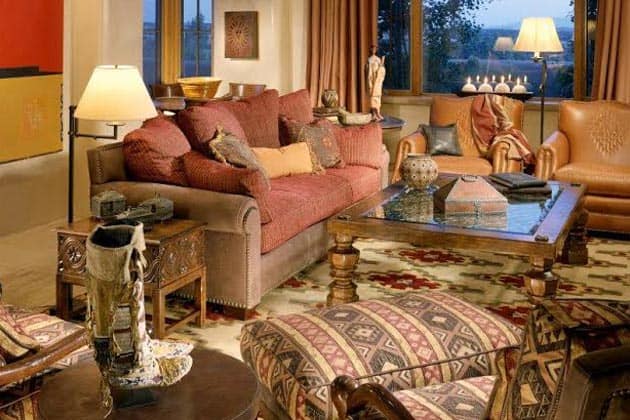 Southwest prints are unique, vivid, and mesmerizing, which makes it no surprise this pattern has stood the test of time. Often found in rich color palettes of burnt orange, red, turquoise, and green, the pattern depicts Southwest landscape and culture - including mountains, the sun, water, sacred animals, arrows, diamonds, and more. Such Navajo patterns are often seen as stories, resembling the life of the weaver -- however, nowadays, these patterns make their way into our interiors for purely aesthetic reasons (but still just as beautiful!). 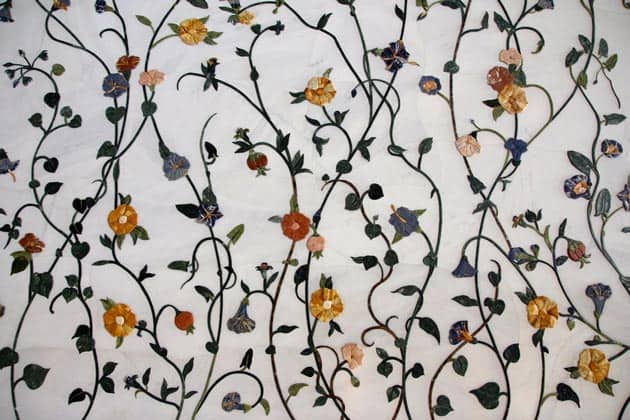 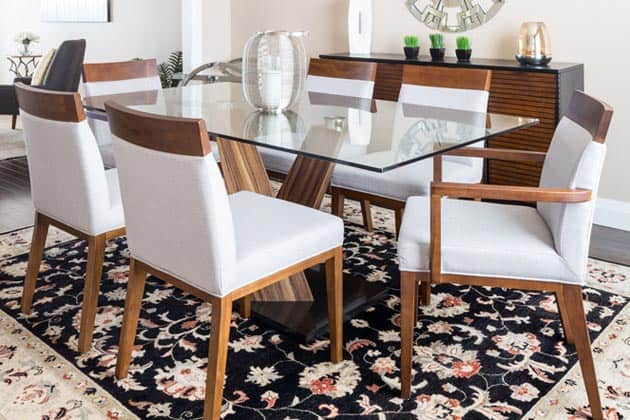 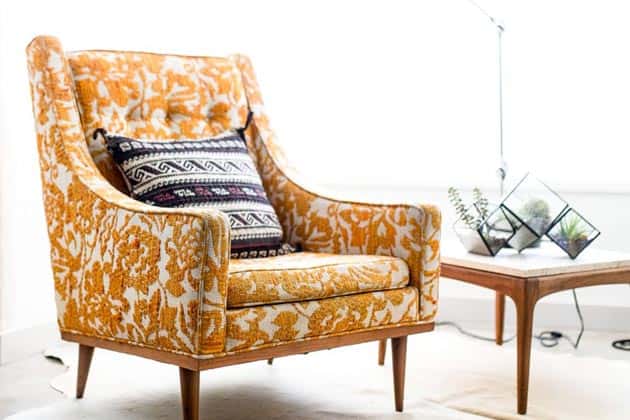 Florals are universally adored in both fashion and home decor. Ranging from small “liberty” motifs to larger chintz designs, this pattern brings a soft and feminine touch to the home. From bold to dainty, floral prints have been used to beautify textiles, starting in China around the twelfth century. Although this pattern often goes through style phases, taking on different popular color schemes and motif size, one thing is for sure -- this print has definitely stood the test of time and is a definite classic in home decor!

If you’re looking to emblazon your home with fantastic prints, I hope you found a few patterns to try out from this blog! I’d love to hear how these work in your home (and with what interior design style)! Feel free to let me know about any go-to prints and patterns you have.